God always equips us with what we need even when the situation seems formidable. Our task is to have faith that He will provide—not what we expect, but what He wills for us. This plays out to the extreme in the story of Abraham’s “sacrifice” of Issac. When Isaac questioned the situation, Abraham responded out of full faith that God would provide, which He did. He provided a ram for the sacrifice. Sometimes however, God doesn’t provide a “ram”, He provides us with a “Ramón”.

I first met my friend Ramón at LifeBridge International Church in Panama City, Panama, during the summer of 2013. I was in Panama for a few weeks doing an English Camp with inner-city children, and he was a volunteer at the church I attended. His sister is a missionary in Antigua, Guatemala, which is how he found himself in Guatemala in January of 2015. We met with him there as we worked with Pastor Rafael in San Juan Mocá. Ramón helped translate for us and assisted during our video update interviews. He joined us again in 2017 and has developed a good friendship with Pastor Rafael over the years. Now fast-forward to January 2019.

As I was preparing to leave for Guatemala on my first solo trip there, I received notice from my friend in Mexico (who was to be my translator) saying he could no longer come to Guatemala with me due to unexpected circumstances. I quickly messaged Ramón to ask if he could go again, but he was unable to get time off from work. So there I was, three weeks out from the trip this year left without a translator. I’ve done so many solo trips in European countries at this point I wasn’t terribly concerned. I knew God would provide.

Around 1am in the morning (about two days before the trip) I received a message from Ramón. “Mateo! When are you going to Guatemala?” I responded, “Thursday, as in two days. Wanna join me?” His response was, “I just lost my job, so now I am free to go. Let me see what I can do.”

God Worked It Out

Ramón and I met in Guatemala, and he translated for me as he had done twice before. Because Ramón is also experienced with counseling, he was able to really contribute a lot to our lessons and dialogue as well. It was such a blessing to see Ramón and Rafael’s friendship grow. Rafael is somewhat isolated as a pastor in Guatemala. In their culture, the pastor is pretty much responsible for every aspect of the church, so I could really sense that for Raphael to have a friend visiting in the village was a real treat. I would sometimes just listen to the conversations unfold in Spanish, without knowing what exactly they were saying, but what was happening was beautiful. Ramón is always a gentleman and always himself.

I want to repeat this, because I believe it is important—God worked it out for Ramón to be on the trip through the loss of his job. Sometimes God uses the “bad” things that happen and turns them into blessings for ourselves and others. This was the first one of those occurrences with this trip. The second involved the scholarship program. First, I want to express our gratitude from the English Connection to all our supporters for investing in the lives of the children in San Juan Mocá—also a shout out to the Sealed Coffee project and their supporters for providing seven scholarships this year. Even with the extra help, we have had a “down” year in donations, so we were unable to deliver the full amount for the 15 families (one child from each family) we support for education.

To be honest, I felt like we were really letting them down, but we have found out since then that we can send the rest of the scholarship money before their deadline later in the shool year, and we can send the money electronically. This is an important ministry to us, because it is an opportunity to be used by God to turn the hardships of children into a blessing that will extend far beyond their own lives.

The Future of Guatemala

Our time with our brothers and sisters in Guatemala was a success. The education scholarship program is going well, in fact, two of the students have already graduated from the program, and each have a younger sibling now receiving scholarships to study in school. It is a blessing for me to see the children grow into Godly young men and women—it has happened so fast I could barley recognize some of them. It’s hard to believe that we started this project only five years ago (see the above video!). Thank you all for being a part of such a life-changing program that will affect the lives of so many future families in this community. 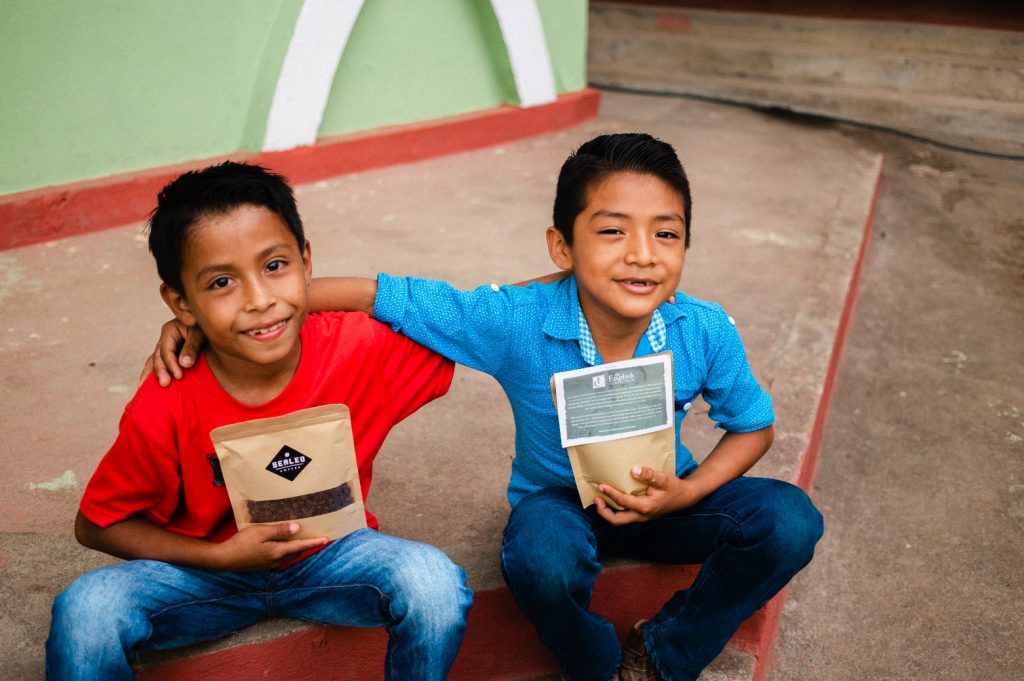 Your support is needed to continue supporting children through the education scholarship program. Please consider giving monthly or yearly to support children to have the opportunity to go to school and change their hardship into future blessing for their families and community. We thank you for your continued support!

As always we cannot do this without our army of intercessors so thank you for remembering us in your prayers. We hope you are having a very intimate time with the Lord during this season of Lent. In our next update we will share about being in Rome again for Ash Wednesday and all the things that God is doing through our partnerships there. It is very exciting so stay tuned. To God be the Glory!

Holy Week and Unity in the Church

Guatemala – From Hardship to Blessing

January 30, 2019
Sign up to receive updates about our work via our monthly E-Newsletter!